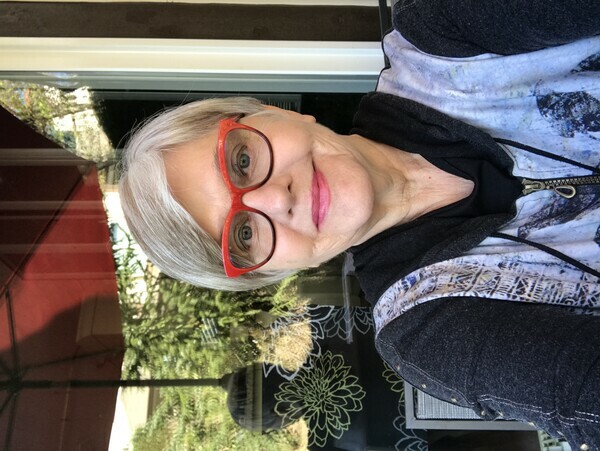 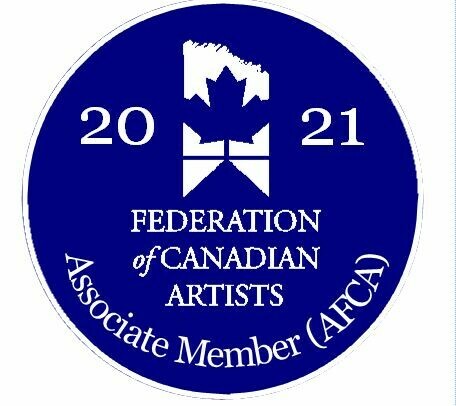 Linda Bell is an award winning Canadian artist who works primarily in Mixed Media including Acrylic Collage.  Her paintings can be found in private collections across Canada and the USA. Some of her work  also appears in TV series, advertisements and movie productions filmed in British Columbia. She was awarded signature status (AFCA) with the Federation of Canadian Artists (FCA) in 2014 and achieved signature status with the International Society of Acrylic Painters (ISAP) in 2017.  Several of her works have appeared in publications including Incite 3, The Best of Mixed Media published in 2015 and in AcrylicWorks 4, Captivating Color published 2017.

I have been painting for a number of years, starting with watercolors when my children were small. Over the years I have gravitated to using acrylics and a mixed media approach which I find allows me more flexibility. Since I retired from a career in nursing and Health Care Administration, having the freedom and privilege to do what I want,when I want and to enjoy what I am doing has become central to the way I chose to live my life. Working with mixed media, playing with abstraction and new materials is liberating and allows me to keep the "fun" in painting.

I have been experimenting over the last several years with stamps, stencils, bold color and collage. A passion for pattern is obvious in my still life paintings. One of the themes in my work is also the love of line which is evident in all my paintings including those that are representational in nature as well as my abstracted and non objective works. I also use a flat picture plane in many of my paintings which is a key component of the design along with pattern, line and exaggerated shapes. I have been invited to do a number of demonstrations and workshops in the last several years and like sharing the enjoyment of this approach with others.

I love the process of painting and I can get lost in it for hours. It also makes me happy seeing the response others have to my paintings. My goal is to have people stop and be intrigued by something about the painting whether it is the texture, pattern, content, the painting name or story behind it.  I also like injecting a little whimsy or humor into a painting and love it when it makes someone laugh.